The field was first discovered in 1847 and minor attempts to develop it were made in 1922, but the steam that billowed from fumaroles was too corrosive for the piping and materials technology of the day. Though the Larderello, Italy, geothermal fields are the world's first geothermal power-generation development, the Geysers is the largest vapor-dominated geothermal system, ideal for electricity generation in that steam rises by natural means and can be applied directly to the turbine. It provides a fairly clean, slightly super-heated dry steam. Today more than two hundred wells and thirteen generators produce 665,000 net cumulative kilowatts. 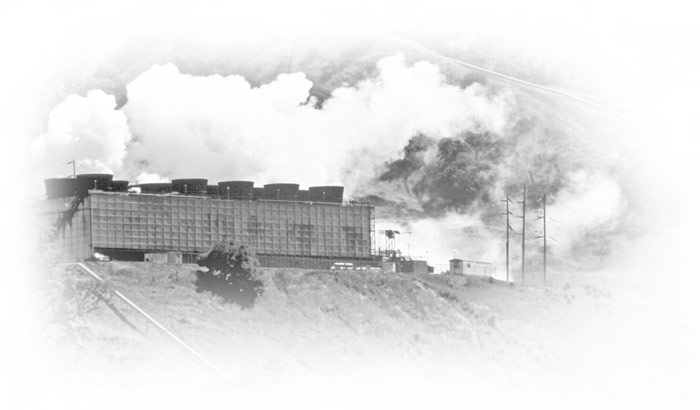 A geothermal power plant in Geyserville