This is the first Francis inward-flow water turbine placed in service and the oldest in existence. The Francis turbine, developed from the Howd, is the most widely used water turbine in situations involving medium-head and large-flow rates. This turbine was designed to lift, by means of a belt drive, the ten head gates in the Pawtucket Gatehouse, which control the flow of water from the Merrimack River into the northern canal of the Lowell Hydraulic Canal System. It was used until 1923 when superseded by electric-motor drive. The designer and inventor, James B. Francis (1815-1892), was chief engineer of the proprietors of locks and canals from 1837 to 1885. 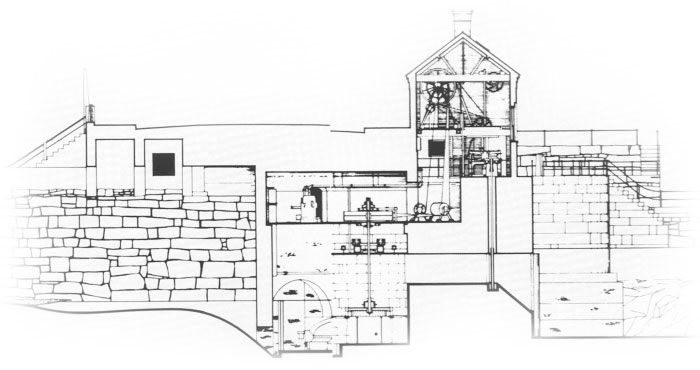