Master the complexities of fitness-for-service and repair assessments with industry best practices and a special focus on the API579-1/ASME FFS-1. 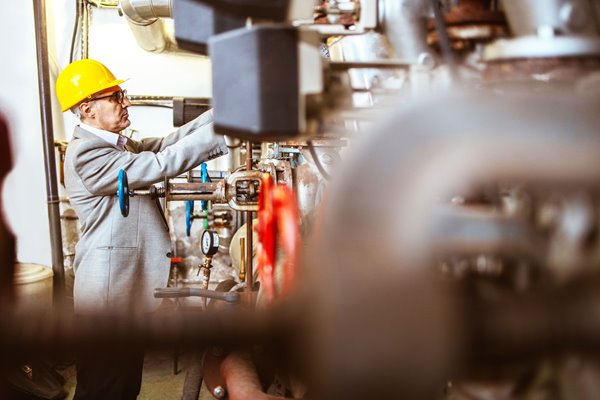 Routine and thorough fitness-for-service and repair assessments of your facility’s pressure equipment is critical to ensuring safety, reducing costs, and ideally, extending the life of your assets. These assessments require a multi-disciplinary engineering approach and a wide-range of skills and knowledge on various methods, criteria and standards including ASME B31, ASME VIII, API 579-1/ASME FFS-1, ASME PCC-2, NBIC parts 2 and 3, among others.

Together, the two courses in this official learning path unpack the complexities of fitness-for-service and repair assessments by providing an overview of industry recommended practices with a special focus on the API579-1/ASME FFS-1 standard. You will learn methods, skills, and best practices to analyze, evaluate, and monitor equipment for continued operation and make run-or-repair decisions for in-house pressure vessels, piping, and tanks.

Course 1: Failure Prevention, Fitness-for-Service, Repair and Life Extension of Piping, Vessels and Tanks This course brings together the methods and criteria of ASME B31, ASME VIII, API 579-1/ASME FFS-1, ASME PCC-2, NBIC parts 2 and 3, and other standards related to fitness-for-service and repairs to make run-or-repair decisions on degraded pressure equipment, piping, and pipelines.

Course 2: API 579-1/ASME FFS-1 Fitness-For-Service Evaluation
This course helps participants understand and apply the API/ASME fitness-for-service standard in their daily work. The material presented in the course shows how the disciplines of stress analysis, materials engineering, and nondestructive inspection interact and apply to fitness-for-service assessment.

Who Should Attend?
This exclusive learning path is intended for engineers, inspectors and engineering management engaged in the operation, design, analysis, and maintenance of plant facilities.

George Antaki, P.E., Becht Engineering, is a Fellow of ASME, with over 45 years of experience in pressure equipment. He is an ASME Fellow, internationally recognized for his expertise in design, analysis, and fitness-for-service evaluation of pressure equipment and piping systems. He is past vice –chair of the joint API-ASME Committee on Fitness-for-Service, member and past-chair of ASME B31 Mechanical Design Committee, Chairman of ASME III Working Group Piping Design, member of the ASME III Subgroup Component Design, and ASME Operation and Maintenance Subgroup Piping, and past member of the ASME PCC-2 Repair Committee. He is the author of three textbooks on the subject of pressure equipment design and integrity evaluation, including Fitness-for-Service for Piping, Vessels, and Tanks. Mr. Antaki earned his degree in Nuclear Engineering from the University of Liege, Belgium in 1975, and his Master’s degree in Mechanical Engineering from Carnegie Mellon University in 1985.

Gregory Brown, Ph.D., is the principal and owner of Blue Ring Engineering.  He is a current voting member of the ASME/API Joint Committee on Fitness-For-Service (API 579/ASME FFS-1).  Dr. Brown currently performs computational mechanics and fitness-for-service assessments for a variety of industries using API 579, as well as supporting litigation and failure analysis.  He also develops specialized software and methodologies for structural analysis and life assessment. Previously Dr. Brown was the Chief Engineer for TEAM/Quest Integrity.

Dr. Brown joined Dr. Ted Anderson in 2001 at Structural Reliability Technology, which later became part of the Quest Integrity Group.  Prior to SRT, he developed algorithms to update industrial finite element models using experimental measurements and performed flutter analyses of F16 and F18 fighter aircraft.  Dr. Anderson, Dr. Brown, and the engineers at Structural Reliability Technology performed much of the work that was incorporated into API 579.