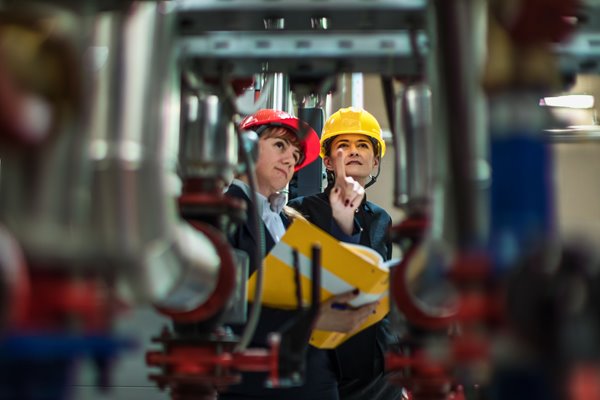 Attend this combo course and save $895. The combo includes two courses. Find detailed dates and information on the individual course product pages.

As a piping engineering professional, your success is predicated on a comprehensive understanding of piping systems before, during, and after installation. This learning path covers a wide variety of stages in the full life cycle of piping systems, including design, analysis, materials, fabrication, testing, inspection, and fitness for service & repair assessments of piping systems. This official ASME learning path is designed to provide attendees with the key considerations, skills, and competencies to excel as a process piping engineering professional.

Course 1: ASME B31.3 / B31.1 Practical Piping Design for Process and Power Applications

This course covers the requirements of ASME B31.3 Process Piping Code for design, analysis, materials, fabrication, testing, and inspection of process piping systems. The course explores the rules for various components, which includes fittings, connections, bends, valves, and specialty components. Since these requirements are similar to that of ASME B31.1 Power Piping Code, it identifies significant and subtle differences between the two Codes. Other topics include dimensions and ratings of components, fluid service requirement for joints, piping flexibility and support, welding, heat treatment, bending and forming, brazing, and soldering, assembly, erection, examination, and inspection.

Who Should Attend?
This exclusive learning path is intended for engineers, contractors, inspectors and engineering management engaged in the operation, design, analysis, and maintenance of plant facilities who wish to have a better understanding of the relationship of fabrication and manufacture to design and construction of pipes, with a thorough understanding of the API/ASME fitness-for-service standard.

Gregory Brown, Ph.D., is the principal and owner of Blue Ring Engineering.  He is a current voting member of the ASME/API Joint Committee on Fitness-For-Service (API 579/ASME FFS-1).  Dr. Brown currently performs computational mechanics and fitness-for-service assessments for a variety of industries using API 579, as well as supporting litigation and failure analysis.  He also develops specialized software and methodologies for structural analysis and life assessment. Previously Dr. Brown was the Chief Engineer for TEAM/Quest Integrity.

Dr. Brown joined Dr. Ted Anderson in 2001 at Structural Reliability Technology, which later became part of the Quest Integrity Group.  Prior to SRT, he developed algorithms to update industrial finite element models using experimental measurements and performed flutter analyses of F16 and F18 fighter aircraft.  Dr. Anderson, Dr. Brown, and the engineers at Structural Reliability Technology performed much of the work that was incorporated into API 579.

Greg Thorwald, Ph.D., is a Principal Engineer in the Advanced Engineering Group at Quest Integrity in Boulder, Colorado. He joined Dr. Ted Anderson in 1996 at Structural Reliability Technology, which later became part of Quest Integrity. He earned a Ph.D. in aerospace engineering from the University of Colorado.
Dr. Thorwald helped contribute stress intensity solutions to the API 579/ASME FFS-1 Standard that are used in fracture mechanics assessments, and he is a member of the API/ASME joint committee. His consulting work focuses on structural analysis using finite element models, Fitness-for-Service assessments, software development, and training.