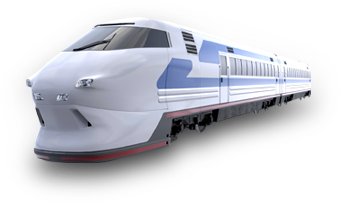 Through over eight decades, the Rail Transportation Division and its members have been in the thick of technological developments that have shaped railroading--the development of super power steam locomotives and their eclipse by the diesel--electrics; experiments with turbine and other new locomotive types; the first streamlined passenger trains of the 30's and the metro-liner trains of the 60's; the present development of larger, heavier freight cars, unit bulk commodity trains, intermodal trains, and the technological problems they have brought.

As the nation becomes more conscious of the value of railroads in the dawning era of energy scarcity, interest in the Rail Transportation Division is growing. The Division encourages technical research and development to improve railroad rolling equipment, to publish technical papers dealing with this work, and to provide a forum where railroad mechanical engineers can exchange ideas and discuss common problems.

To view other events that may be of interest, please visit the ASME Calendar of Events.

Links to helpful online resources related to the division are below. If you have suggestions for other resources, please contact the division chair or ASME staff.